Director of People Experience and Employment Development
Click for Bio

Director of Outreach and Clinical Supports
Click for Bio

Director of Facilities and Asset Management
Click for Bio

Chief Executive Officer
Bob Hughes has worked in the social services field for the past 25 years in a variety of capacities. Previously, he worked as an addiction’s counselor/consultant for seven years. He was the team leader for a stimulant abuser program called Meth Kickers in Kamloops and provided workshops and forums around community mobilization for addiction issues. He has presented to various organizations and conferences including an International Harm Reduction conference in Salt Lake City, Utah. Bob also worked with the Interior Health Authority developing a Youth Addictions program for the Shuswap region.

His other work experiences include the development of a Crisis Response program in Victoria for at-risk youth. This was created in response to the death of Reena Virk and was to help prevent youth from entering the sex trade. Bob has also worked for the BCGEU as a Staff Representative conducting workplace investigations and dispute resolution.

Bob holds a bachelor’s degree from Simon Fraser University in the field of Communications and Psychology, has a diploma in Brief Systemic Family Therapy, and completed his Master’s Degree in Health Leadership at Royal Roads University in 2014. 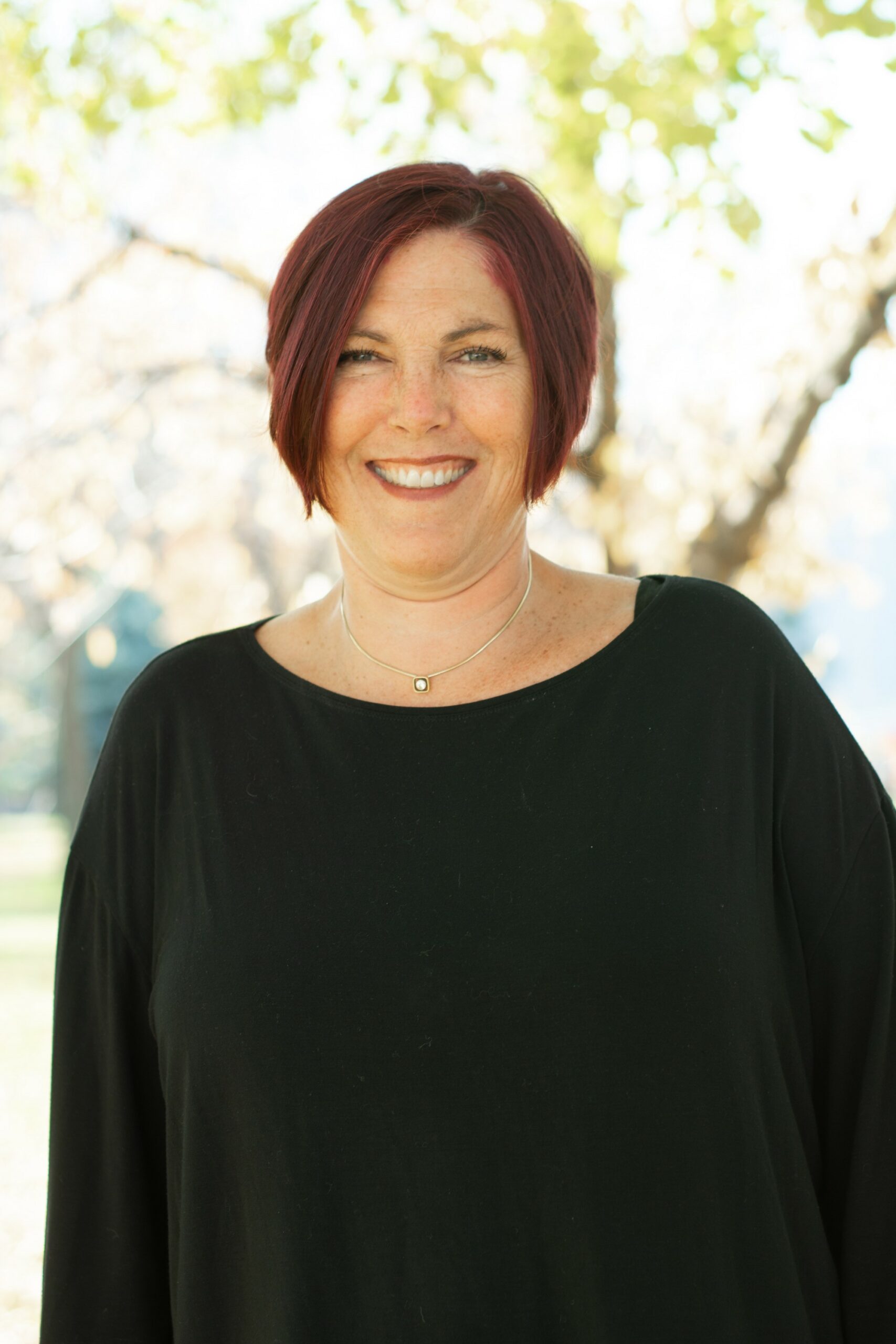 Chief Operating Officer
Kim has been with the ASK Wellness Society since 2012, bearing witness to the substantial growth of its diverse programs. Since her arrival, she has worked with various teams, overseeing critical market housing and supportive housing operations. Housing has always been at the forefront of her professional career before joining ASK. She continues to be committed to providing excellence in housing and support services to the ASK Wellness Society program participant base. She has enhanced her role with ASK in taking on the position of Chief Operating Officer, further strengthening her commitment to ethical social work practice.

Collaboration with partnering agencies to build strong programs and healthy communities and maintaining her belief that all individuals have value and potential is essential to Kim’s practice.

Kim holds a Bachelor’s Degree in general studies and Bachelor of Social Work from Thompson Rivers University. She completed her Master’s Degree in Leadership and Administration at Gonzaga University. 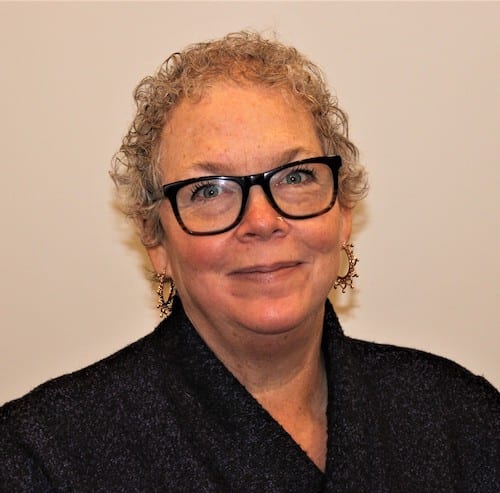 Director of People Experience and Employment Development
Cher Doolan has been with ASK since 2008, watching and assisting the ASK Team grow from seven to over two hundred and sixty staff. As the Director of People Experience for the Society, she fills a multitude of roles. She is responsible to oversee human resources practices, direct the Society’s employment development department, provide leadership support and direction, and promote a healthy and supportive workplace culture. Cher has also taken the lead to oversee the ASK Cultural Advisory Committee to implement the objectives and actions looking to embed cultural safety throughout the organization.

Her other work experiences include supporting multiple law firms with management and paralegal services. Cher also fills her time volunteering to support her community through Dying with Dignity Canada and the Ruff Start Rescue Society.

Cher holds a Business Administration Certificate from Bow Valley College and a Certificate in Management and Leadership from the Justice Institute of British Columbia. 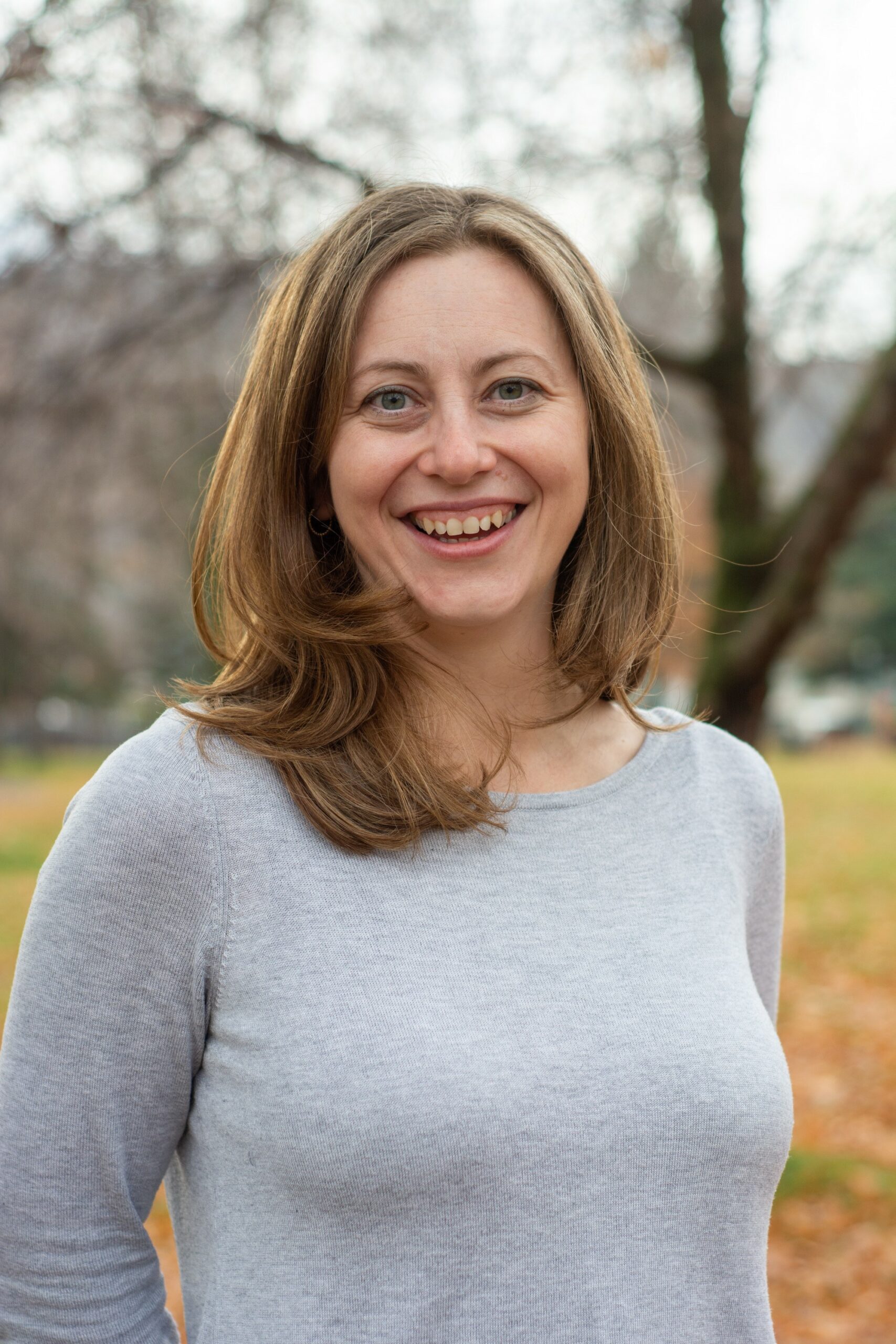 Chief Financial Officer
Natascha Strauss joined ASK Wellness Society in late 2018, providing leadership to the Financial Administration of the Society as the Chief Financial Officer. With more than16 years of professional accounting experience, ranging in Business Planning, Audit, Corporate Recovery and Taxation, Natascha has been instrumental in guiding the financial policies and procedures of the Society. 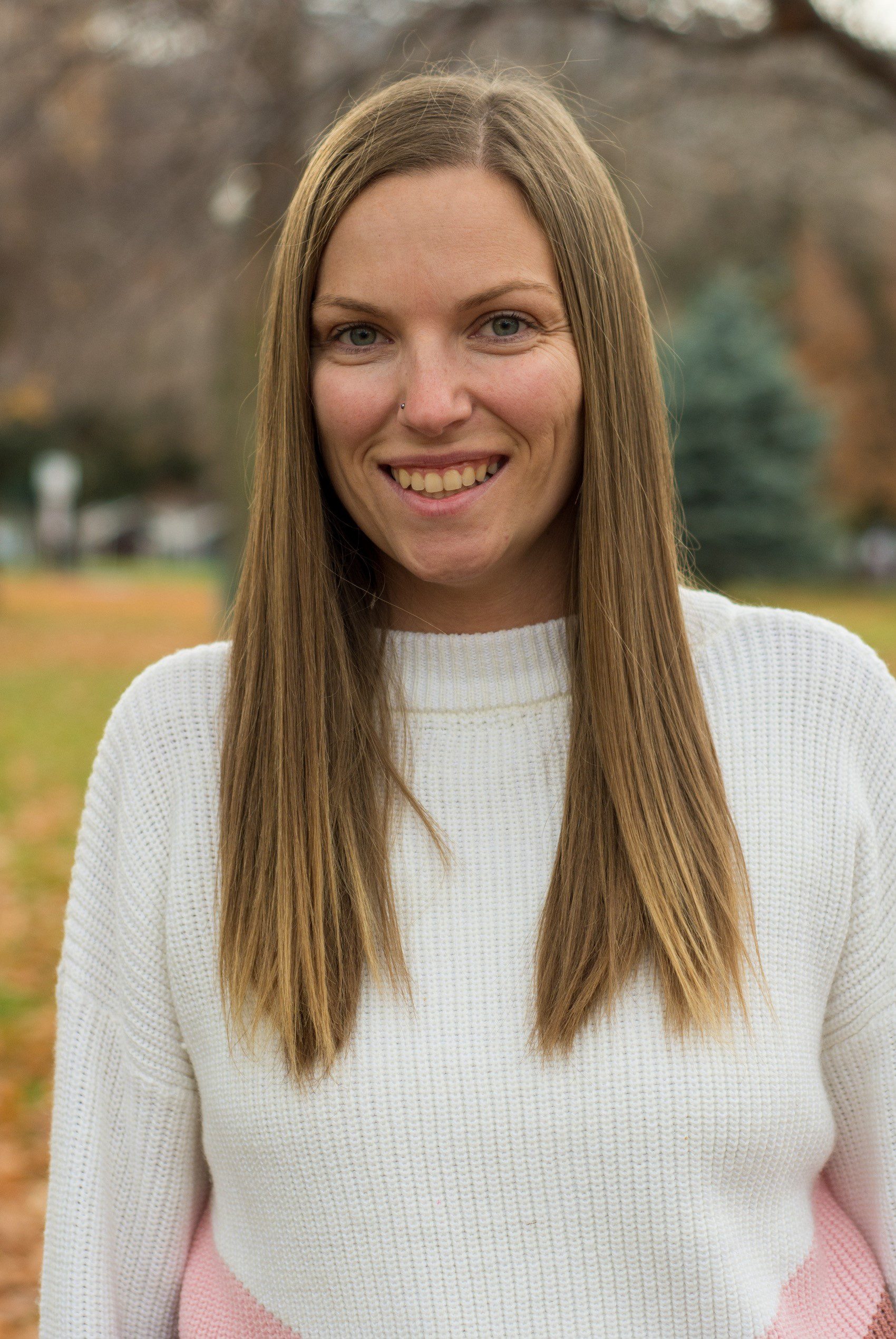 Director of Accounting Services
Kyra Matheson has been at ASK Wellness Society since 2010, starting as a Service Canada funded student to work the front intake desk. Over the term of her position, Kyra started helping the administration and finance departments, and by the end of her term was hired on as the administrative/finance assistant and rent supplement coordinator. Over the years, she discovered her passion for accounting and worked her way into the Finance Department full-time.

Prior to ASK, Kyra worked as a Care Aid in Kamloops and has volunteered extensively with community partners and various ASK events. 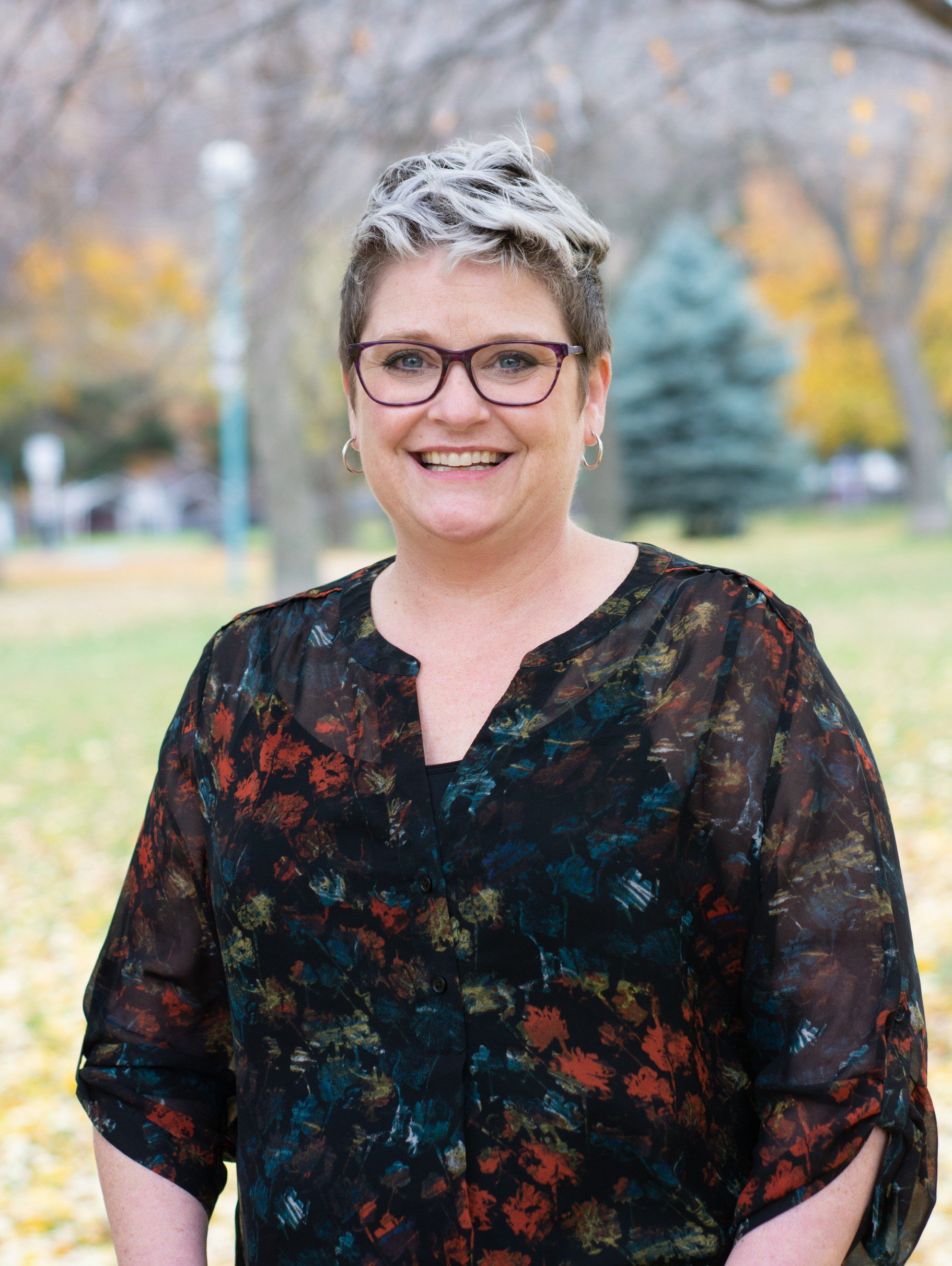 Director of Merritt Operations
Keri has been with ASK since 2014 and is a long-time resident of Merritt. Keri has had the opportunity to work in a vast array of positions within ASK Merritt, including CLBC Community Inclusion, Housing Outreach, and Adult Addiction Supporting Housing (AASH). Most importantly, Keri was involved in the Merritt AASH program from its earliest development stage, through to its implementation. With her leadership skills, the AASH program continues to be very successful. Keri took on the new role as Director of Merritt Operations in 2018. With this role, she has been excited to be a part of building relationships with other Merritt partners in order to provide wrap-around support services to community members. She also provides clinical support to the Merritt team and currently plays a pivotal role in the Juniper House initiative.

Keri’s past work experiences include the coordination of the Merritt Extreme Weather Response and the provision of recreation programming for those living in an extended care facility.

Keri holds diplomas in Events and Convention Management from the University College of the Caribou and a Medical Transcription Diploma. 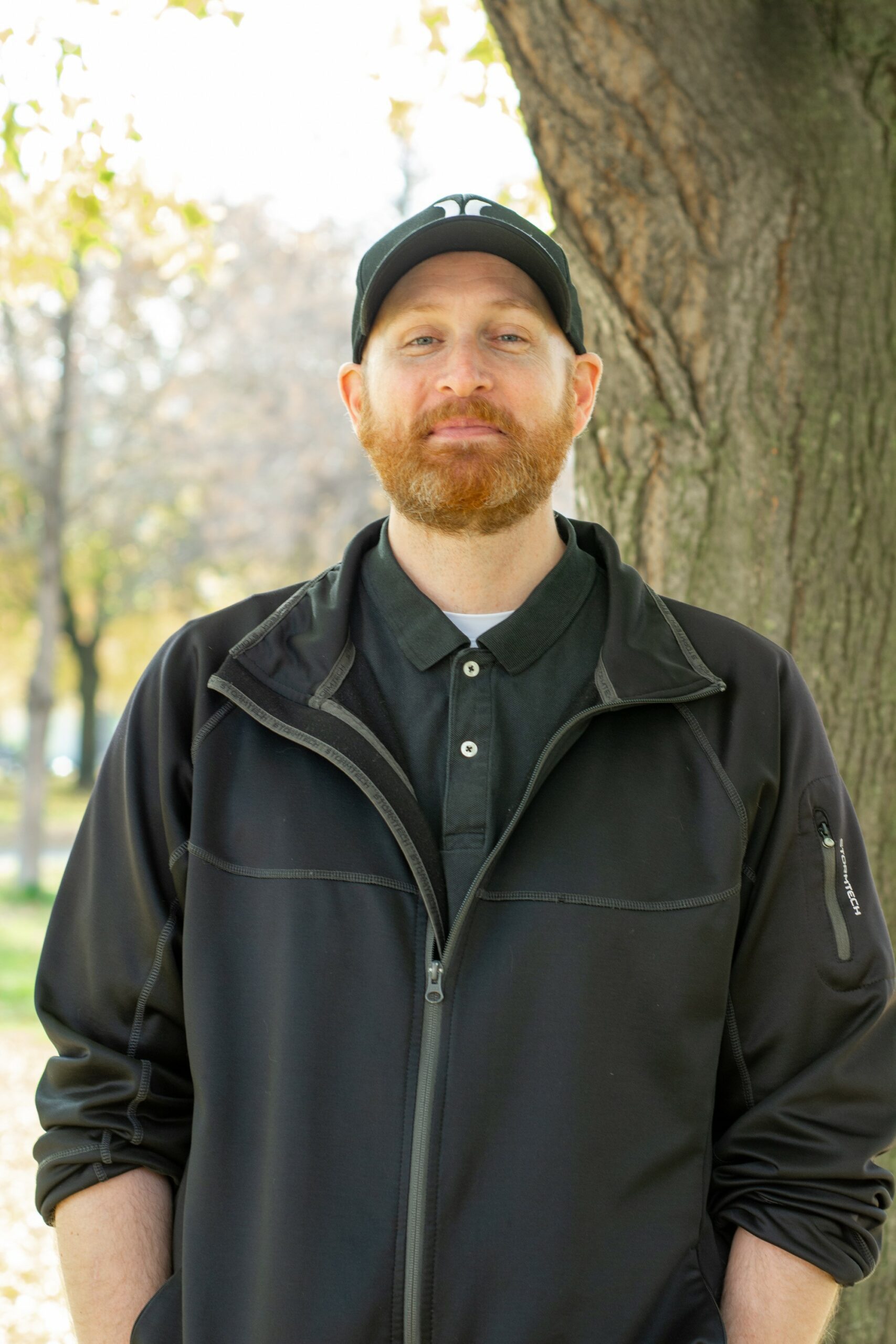 Director of Outreach and Clinical Supports
Jeremy has been with the ASK Wellness Society since 2011, beginning as an overnight tenant support worker. He later moved into roles within the Community Living Program, including a life-skills support worker, housing liaison, and program coordinator.

As the Director of Outreach and Clinical Supports, Jeremy’s role involves the oversight of all Outreach services, including Street Outreach, Overdose Prevention, SHOP program, Community Transition Team, and Drug Checking services. In addition, he is responsible for the oversight of the Community Living Program, which helps individuals living with developmental disabilities live independently in community.

Jeremy has a Batchelor’s degree in Social Work from Thomson Rivers University. 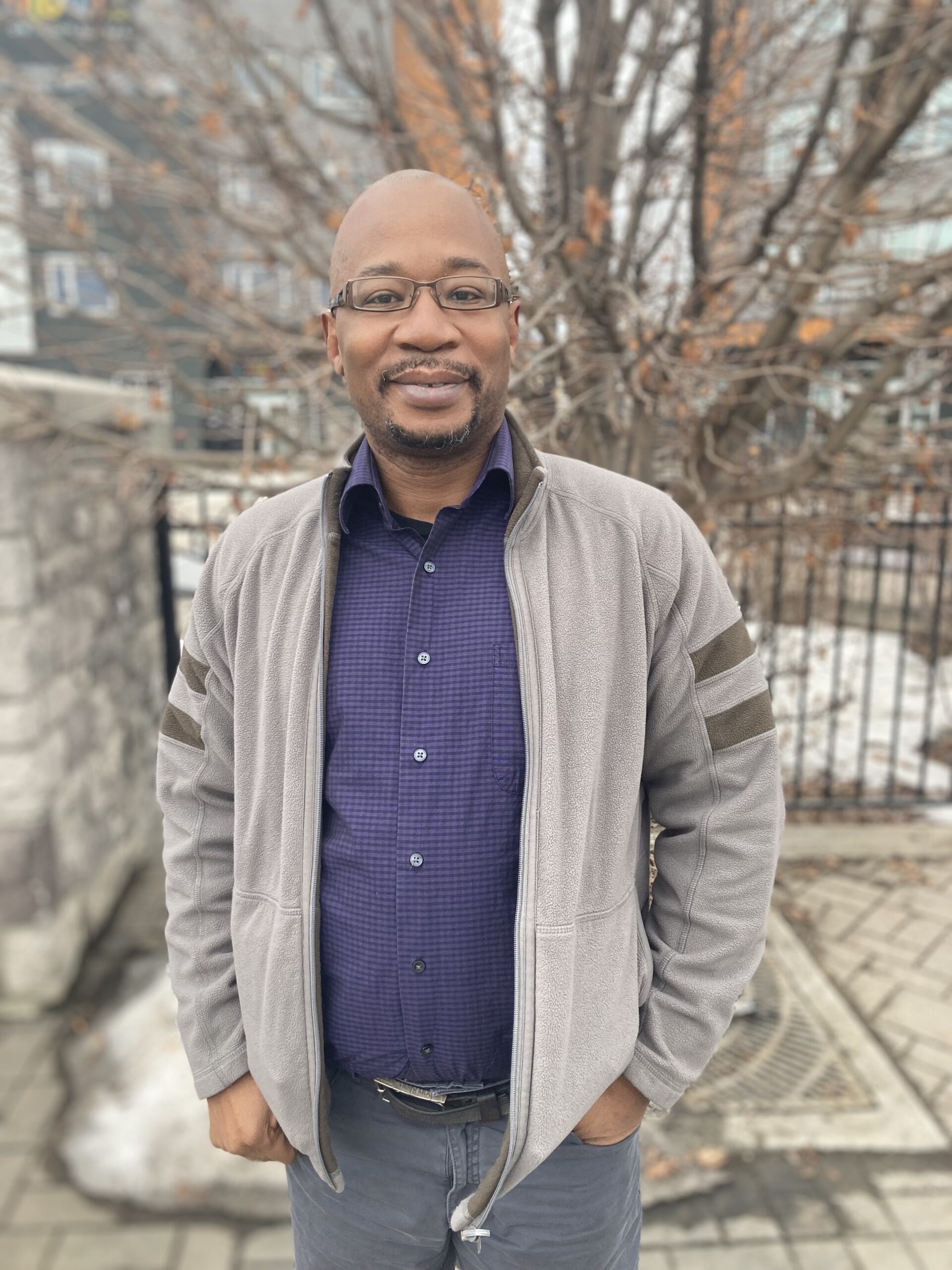 Gregory is extremely passionate about housing and has extensive experience in property management, which he describes to be his true calling. Throughout the past decade, he has served different organizations across Canada, structuring and developing positive housing programs. Gregory holds a Business Marketing Diploma from Fanshawe College.
Board of Directors
Bio Coming Soon
Stan Fike - Chair
Stan Fike is a retired family physician, having worked in Kamloops for 37 years. He attained an Honour’s bachelor’s degree at the University of Calgary, a Master’s degree in Psychology at Carleton University, and a Medical degree from University of Ottawa. He completed a two-year residency at the University of Calgary.

Stan has been a Rotarian for 34 years. He lives with his wife and is an avid gardener and curler.

He worked with ASK when it was still the Aids Society of Kamloops, for over 20 years. He joined the board to assist with the mission and the work that ASK Wellness does. It has been an honour and privilege to serve this agency, with remarkable staff.
Gary Limpright - Treasurer
Garry Limpright is a retired Certified Professional Accountant (CPA) and former businessman with over 40 years of business experience. His experience includes 28 years with Shell Canada. He started with several locations in Manitoba and then moved to Kamloops in 1994.

Garry has been married to Mary for over 30 years. They have four children together, two in Winnipeg and two in Kamloops, and eleven grandchildren. Garry has previously been an active participant in sports such as curling, and bowling; he continues to be a sports spectator.

Garry serves on the board of other Non-Profit Organizations in Kamloops as he endeavours to give back to our community.
Gina Dillon - Secretary
Gina Dillon is a long time Kamloops resident with over 15 years of management experience in the hospitality and retail industries. She recently completed her Bachelor of Business Administration at Thompson Rivers University in Human Resource Management and Leadership and is currently working towards her professional designation in Human Resource Management (CPHR). She has previously served as the Kamloops Unit President for the Canadian Cancer Society, Subject Matter Expert for the Canadian Tourism Human Resource Council, Co-President for the TRU Human Resource Management Club, Student Caucus Member for the TRU Student Union, and Treasurer for a Parent Advisory Council. Gina has also volunteered for a number of other organizations and has served on various committees both at TRU and through previous employment.Gina believes that everyone has the potential to be successful and they deserve an equal opportunity regardless of background and economic circumstances. She joined the ASK Wellness in March 2020 as a way to give back to her community, and to support the organizations mission to provide the assistance that many marginalized and at-risk people require to be able to work towards their potential.Gina lives with her husband of 16 years and is the mother of two elementary school aged children and one child in post-secondary. In her spare time, Gina enjoys researching her family’s history, reading true crime novels, and spending time with her family.
Brad Alberts - Vice-Chair
Brad Alberts returned to his childhood hometown of Kamloops in 2008 with his wife and two sons. After 27 years of living and working in Vancouver, where he was President and Founder of Integrated Urban Equities Ltd., a company specializing in the redevelopment and adaptive reuse of commercial and residential Heritage buildings, he was happy to be back in the Interior.

Brad served as a long-standing Board member on the Vancouver Heritage Commission, which provided development expertise to the Vancouver City Council and staff on all manners of development proposals involving heritage structures. Brad’s leadership and knowledge in the business field also was a benefit when he sat as a Board Director for an extended period of time on the Downtown Kamloops Business Improvement Association and on a number of its subcommittees. His involvement with youth through Team Canada Hockey College, Big Brothers of Vancouver and with the Kamloops Minor Hockey Association, where he served in the capacity of Coach and Manager when his two sons were involved in the sport, has fulfilled his love for both people and sport.

Brad has served on the ASK Wellness Society Board of Directors since 2018. He originally joined the Board when he was introduced to the vast number of services that the agency provided to the Community. Brad resonated with the inspiration given to him when he witnessed the dedication and the care that the ASK Wellness Society staff and volunteers freely provide to the clients served and towards each other.
Trudy Marsh - Member
Bio coming soon
Neil Menard - Member
Bio Coming Soon
S. Paul Varga - Member
S. Paul Varga has been practicing law since being called to the bar in 2012, after receiving his Juris Doctorate from the University of Saskatchewan. He is a courtroom lawyer who deals with contract litigation, criminal defence, and landlord-tenant disputes, and has seen the housing crisis reach extreme levels resulting in significant conflict and a degradation of our society.

Paul joined the board of ASK Wellness Society in 2019 after recognizing the hard work the group was doing to promote housing interests throughout B.C.’s South-Central Interior, and is proud to represent the interests of Penticton at the board level. Paul believes the measure of a society is how it treats its most vulnerable members, and believes we all need to be doing more to ensure all members of our communities are treated with dignity and grace in the face of whatever adversity they may be facing.