Every month, the ASK Wellness Mattress Recycling Program diverts approximately 800 mattresses from regional landfills across the Thompson Nicola Regional District (TNRD). The program aims to extend the lifeline of our local city landfills while contributing to a circular local economy and, most importantly, meaningful job opportunities for individuals with barriers to employment.

We start by de-constructing the mattresses and box springs and sorting materials into different areas of our production line for processing. Through this process, we divert 85% of the waste of each mattress from city landfills, with the goal of one day diverting 100% of the mattress waste for a truly completed circular economy. Foam is pulled from the frame of the mattress and compacted into bales for recycling, spring coils are meticulously removed and placed with metal recycling, and wood frames are refurbished into pallets for a local manufacturing company that ships their products worldwide.

This final step is where we are seeking community aid. The time required for pallet conversion does not allow us to currently keep up with the accumulation of wood being removed from the mattresses. We are reaching out to the Kamloops community with the hope of finding a company, or multiple companies, who could utilize this wood within their own production process. Should you be interested in finding out more, please contact Renata Mrema at 1-236-313-1409.

World AIDS day on December 1, also launches the start of ABORIGINAL AIDS AWARENESS WEEK in Canada. It is a time for reflection: on what we have achieved with regards to the national and global responses to HIV, and what we still must achieve. This years World AIDS Day comes in the midst of another global pandemic, the coronavirus disease (Covid-19). The public health response to this is linked. Covid-19 is threatening access to HIV prevention, testing, treatment, and care. Without strategies to meet these needs, we may see a resurgence of HIV that would threaten our public health response to Covid-19.

The joint United Nations Program on HIV/AIDS (UNAIDS) and the World Health Organization have established a global strategy on HIV that includes a target of eliminating AIDS by 2030. Canada has adopted this strategy, including the specific targets of 90-90-90; which is 90% of all people with HIV know their status, 90% receive antiretroviral treatment, and 90% on treatment achieve viral suppression. Canada’s progress on meeting these targets as of the end of 2016; of the estimated 63,110 people living with diagnosed HIV has shown improvement. 86% are diagnosed with HIV, 81% are receiving antiretroviral treatment, and 91% have a suppressed viral load. Canada’s 90=90-90 estimates lie within the range reported by other developed countries such as the US, Australia, the UK, Denmark, and Germany.

Several factors play a role in achieving each of the 90-90-90 targets. There are more options for HIV testing in Canada than in previous years. There are 2 new tests awaiting approval and it is hopeful they will be available in early 2021. The first is the INSTI HIV self test which will be the first tool approved in Canada for people to test themselves for HIV. It is a test that is easy to perform and results are ready in a few minutes. ASK Wellness will be part of this role out by distributing these for free early 2021. In addition, several countries already have the OraQuick Oral HIV test that uses an oral swab rather than a finger pick to detect HIV, and Canada hopes to have approval in 2021 as well. Recent provincial testing initiatives such as “Know Your Status” have increased testing which have lead to new diagnoses.

There are still barriers to HIV testing. Particularly for those at high risk, facilitating early detection through the promotion and availability will help Canada reach the first target.

The second 90-90-90 target (proportion of those diagnosed who are on treatment) continues to be the lowest of the 3 targets. This is true in Canada and other Western countries and may in part be due to the recommendation to treat all HIV infected persons at diagnosis is relatively new. A variety of measure such as ensuring the availability of culturally and gender appropriate educational resources, eliminating barriers to treatment such as cost, developing new drugs and supporting health professionals with resources for appropriate and timely treatment will help in the achievement of the second 90 target. An exciting new drug is on the horizon that will only need to be injected once every 2 to 3 months to aid medication compliance.

After starting treatment many people remain engaged in ongoing care and support to monitor the effectiveness of therapy. These people are able to maintain a suppressed viral load if they take their medication as prescribed and have a drug combination that is effective against their strain of HIV. The effectiveness of such follow up may explain why the third 90-90-90 target is higher than the other two. Certain social, economic, and environmental factors such as the experience of stigma and discrimination, poverty, housing instability or social isolation may influence whether or not a person achieves a suppressed viral load.

The Public Health Agency estimates that 2165 new infections occurred in Canada in 2016 which is an increase from previous years. Among the new infections, approximately 1136 or 52.5% were attributed to gay, bisexual, and other men who have sex with men (gbMSM). There were 244 new infections attributed to people who inject drugs, representing 11.3%. Heterosexual contact remained constant at 33%, both endemic and non endemic.

The distribution of new infections continues to disproportionately affect certain populations including gbMSM, Indigenous people and people from countries where HIV is endemic. This highlights the need for evidence informed programs that are culturally and gender appropriate. In addition, 1 in 5 new infections is attributed to heterosexual contact among people born in Canada or in a country not on the endemic list, which emphasizes the need for ongoing, broad based prevention and education.

At the end of 2016, an estimated 9000 people or 14% of the 63,110 people living with HIV in Canada, were unaware of their infection. These people are hidden from the health care system so thus cannot take advantage of the appropriate prevention, treatment, and ongoing care and support until they are tested and diagnosed. Since HIV treatment has reduced mortality and new infections are occurring at a rate greater than deaths, the overall number of people living with HIV will continue to increase in the years to come. Strategies aimed at reaching the undiagnosed and increasing the number of people adhering to treatment, could help Canada achieve the first two 90-90-90 targets.

It is the strength within communities, inspired by shared responsibility to each other that has contributed in great part to our victories over HIV. We must continue to put people first. We must end the social injustices that put people at risk of contracting HIV. We must fight for their right to health. There is no excuse for governments to not invest fully for universal access to health. Barriers such as up-front user fees that lock people out must stop. All human rights must be respected, and the criminalization and marginalization of gay men, transgender people, sex workers, and people who use drugs must stop.

As we approach the end of 2020, the world is in very uncertain times and the months ahead will not be easy. Only global solidarity and shared responsibility will help find an affordable and accessible Covid-19 vaccine, end the AIDS epidemic, ,and guarantee the right to health for all.

I am taking the time to write about my experience with the ASK Wellness Program so that others may take advantage of all that it has to offer.

I was just an ordinary guy, earning above average wage in jobs I loved raising three kids, with my wife, owned a beautiful 4-bedroom newer home in a quiet suburb of Vancouver when I got laid off and my wife divorced me, taking the kids with her. My life went downhill further and faster when I met another woman, married her then found out that she did a lot of cocaine. I found I needed help when I arrived in Kamloops living in my motorhome, drunk every day and feeling lost, hopeless and useless as a dad and a man.

This is a very, very, short version but enough of a backstory to give the reader an idea of where I was. I had no hope of evening regaining any feelings of confidence, or self-worth. I could not even look my kids in the face. Living in my motorhome, no gas, no license, nowhere to go, no money, no food.

It was 2009 and I was 58 years old. I was looking for help. I thought to find an apartment to rent and that’s where I met the people from ASK Wellness Matt told me of and I enrolled in the course they offered they would rent me a room at Crossroads Inn. I agreed and the very night before I was to move in I got another DUI, the second one in as many months.

Matt and the councilor I was assigned to were very helpful and helped me to get settled in. I went, faithfully to class every morning for half a day for 6 months. It was good for me to build up a routine again. We covered all kinds of information about drugs, alcohol and the effects on our bodies, brains and lives. I found myself beginning to feel again… feel hopeful, nourished, and began talking to my kids. Even eventually seeing them. All this was possible because of the emotional support given to me by the ASK staff at Crossroads. They also helped me get on my feet financially by getting me in touch with the appropriate government agencies.

I can’t express enough how much it meant to me to have the guidance and emotional support to help me through those early months of recovery. I got to know such great people such as Bob Hughes, and Matt Mclean, without who’s help I wouldn’t have made it through.

I received a certificate upon completion of the course in January 2010 and also at that time I was introduced to an apartment at a senior society here.

So I now had my own clean apartment, one I could afford with people within 5-10 years of my age.

I was still pretty raw around the edge’s but ASK gave me all the tools I needed to successfully grow my life starting here. It has been a lot of work but I am still in that apartment building but have upgraded to a one bedroom suite outlooking the park and river.

I am now 65 years old and on a full senior pension. I have an apartment full of new furniture and a big screen, home theatre surround sound, another flat screen in my bedroom. I have reestablished my status as a father within my family and see my kids and now a grandkid who’s 4 regularly. I am an active part of my kids’ lives. I cleaned up my past debts, reestablished credit, did my time in Regional jail for all the DUI’s and other fines.

I can finally say I have my life back, overhauled?

To Bob, Matt and all the others at ASK Wellness during those early ears, I say thank you. I would not have this life if not for you and the program. I am a very, grateful man.

Need testing or support?
Your confidentiality is guaranteed. 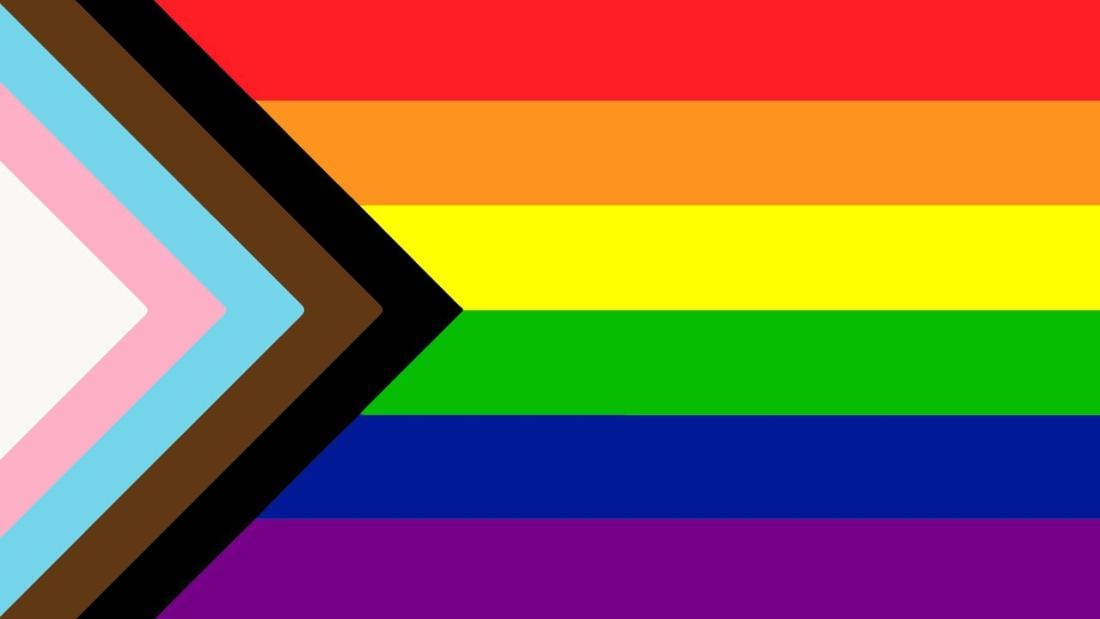 The ASK Wellness Society is working towards providing and improving the available resources for 2sLGBTQ+ individuals in our communities by implementing 2sLGBTQ+ outlets at our sites and through advocating for 2sLGBTQ+ rights and respect. We welcome all and any members of the 2sLGBTQ+ community to access our resources.
Copyright © 2020 – 2021 Ask Wellness Society
Proudly created by locals at Kamloops Web Design